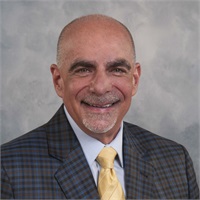 David began his journey in Brooklyn, NY and the learned the value of hard work and perseverance.  At 19, after completing his studies at Georgia Tech, he moved to Los Angeles. David moved to Los Angeles with his newborn baby girl and developed the first of 3 businesses.

The first business was a fleet of 23 food trucks servicing the greater Los Angeles area.  In 1982, due to a horrific accident, he broke his back and was supposed to be in a wheelchair for the rest of his life.  Unfortunately, 2 months, thereafter, his 4 year old child got hit by a drunk driver and died.

He persevered and by 1985, he had started walking, sold his food trucks and began a Real Estate Brokerage in Beverly Hills with the same focus and discipline he has adopted up to this day.

In 1992, he moved to Florida and in ’93 originated his Financial Services with the idea of helping others pursue the absolute most through holistic financial services.  He has assisted over 2500 familes and businesses throughout the State of Florida. Over the years, he has educated people on the benefits of life insurance, annuities, long term care, stocks, bonds, mutual funds, etc.

David enjoys bicycling, boating, boxing, and weightlifting and lives in Venice, FL with his wife of 27 years, Paulette.

We have 2 children and 3 grandchildren.